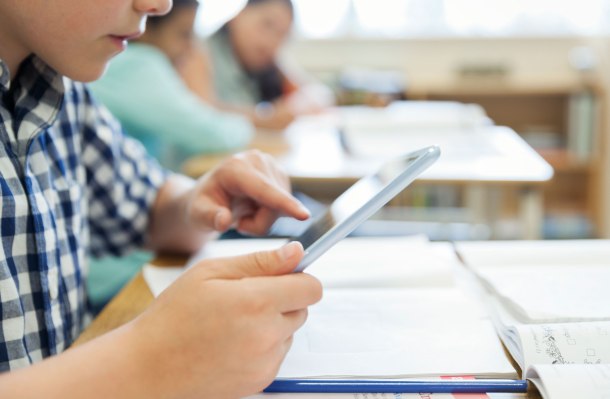 Tests are king in many school systems and other educational environments: they are seen as an efficient way to assess what knowledge students have retained, and how well they do on a level playing field where everyone has the same exam to take.

Some, however, believe that system is flawed, and today a startup that’s built a platform to provide another way of assessing and teaching is announcing a big round of funding on the heels of strong growth for its approach.

Formative — a platform for K-12 teachers to provision assignments from other digital sources and learning platforms, assess how students handle them, help them based on those results, and then use progressive assignments to build a bigger picture and how that student is acquiring knowledge — has picked up $70 million, funding that it will be using to continue expanding the reach of its platform.

The funding is being led by Summit Partners previous investors Fika Ventures, Mac Ventures and Rethink Education also participating, among others. Formative is not disclosing its valuation but this is being described as a minority investment.

More significantly, it’s a major step up for the startup, which was founded in Santa Monica, CA, back in 2011 and had raised less than $7 million before now.

The funding however matches how well the startup has been doing. On the back of a major surge of interest in digital learning tools — spurred by the Covid-19 pandemic, the subsequent closure of physical schools, and a huge shift to remote learning — Formative says that its platform is already in the majority of U.S. school districts (specifically 92% of all U.S. school districts have at least one teacher signed up); that more than four million students have engaged with “Formatives” (as the assignments are casually called); and that it is delivering annual recurring revenue growth of around 700%.

And in keeping with that momentum, Formative has a lot of ambitious plans for the funding. They include building more analytical tools for teachers and administrators as well as parents and students; taking Formative to more international markets (it’s currently most active in English-speaking countries); and more generally (and perhaps most importantly) building technology that’s helping the system rethink what a quality education might look like, what form that should take.

“One of our big goals in the future is to really help be a gateway to evaluate the rigor and effectiveness of different curriculum streams,” said Craig Jones, the CEO who co-founded Formative with Kevin McFarland (the COO), in an interview. “We’re using all the data that we’ve collected, the billions of student responses to facilitate a bigger picture, insights on student learning, to the necessary stakeholders. That can spin off into a lot of different things that we can help our schools and teachers and parents use that data to ultimately drive additional learning.”

Jones and McFarland came up with the idea for Formative the startup while working on education PhDs at UCLA, where they were looking at how different pedagogic approaches might prove to work better than traditional methods for learning. Formative the startup takes its name from the idea of formative evaluation, where teachers provide regular, sustained assessment to check on students and modify how they are teaching to help them learn. In many ways it sits in opposition to an over-reliance on summative assessment, or the idea of wrapping up learning, and evaluating, based on a final test, although in practice even a shift to more formative can still help a student better prepare for those final summative assessments.

While the idea behind formative assessments has been around for a while, the breakthrough that Jones and McFarland had was to realize that the concept could be truly scaled and expanded if it was digitized, since that would enable efficient assignment delivery, and much more data collation, visualization, communication and analytics.

That concept, of course, took on a whole new profile in the last year and a half: schools and teachers that had already invested in the idea of using more digital tools, and possibly even Formative itself, ramped up their engagement; and they were joined by a new wave of educators scrambling to fill the big gap created by schools closing to slow down the spread of Covid-19, who might have previously had a very tenuous engagement with online learning. That had a big impact on a lot of the edtech sector, with online learning companies like Kahoot also seeing a big rise in use (and taking a bigger initiative into learning management by acquiring tools like Clever), as well as a plethora of other providers.

Formative too seized the moment and set up something it called the Covid-19 Assistance Program, providing free access to its platform — which is normally priced in different tiers, starting at free for a basic service, then increasing to $12 and $17 or ‘contact us’ based on numbers of teachers using the platform that allows for more integrations, more analytics and so on. Some 5,000 teachers and schools signed up for the free service, Jones said, and McFarland noted that as schools reopened, it’s continued through in what has definitely been an evolving engagement with technology for many in the classroom. (And not all are so quick to shift: my kids’ secondary school in London still strictly forbids people using “screens” at school and in classrooms.)

“There’s been a really big shift in the U.S., where there are more devices in classrooms now than there are students,” said McFarland, who said that many are taking a hybrid approach of saying, effectively, ‘If we want to utilize this, we can utilize it but not necessarily rely on it every single day.’

“That’s where you’ll see a lot of flexibility,” he continued. “They’re using a device, not a toy. We try to work a lot in that flexible hybrid environment.”

The approach it has taken is to make its system work in as seamless a way as possible for teachers, by not only integrating with all the learning materials that are “native” to digital platforms, but also making digitized versions of the most popular publications, and those that they are using as part of their curriculum, also something the teachers can call up and assign through Formative. In that regard, it’s not a learning content company, but more of a channel for making the content that is there, more accessible and more useful. It also links up with other tools like learning management systems when they are used to create a more efficient process overall.

That’s a model that has resonated with both educators and investors.

“Formative helps to accelerate learning for students, save time for teachers and quantify results for school and district administrators,” said Tom Jennings, an MD at Summit Partners, in a statement. “We believe Formative has a rare combination of rapid, capital-efficient growth, innovative products, delighted customers and a humble, mission-driven team. We admire how Craig, Kevin and the team have built the business and expect our partnership to help Formative accelerate product enhancements and the continued global expansion of the business.” Jennings is joining Formative’s board with this round.